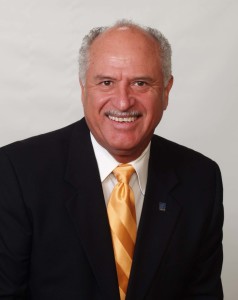 ATHLETICS
Cecilio (Cecil) J. Lara Teaching the Business of Life
In marketing and Distributive Education Clubs of America (DECA) programs at Brackenridge High School, Cecil J. Lara today prides himself on embedding in his students all the attributes, values, discipline, and professionalism he learned as a star athlete. At Lanier High, Mr. Lara captained the football team and was selected to the All-District and All-City football teams. In his senior year he scored 40 points in a 42-0 victory over Edgewood and kicked field goals to beat Lanier’s rivals Fox Tech 17-14, Kennedy 15-13, and McCollum 16-15. 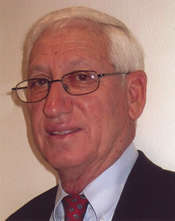 ATHLETICS
Homer Martinez The Only Way to Win is to Never Stop Running
Falfurrias High School’s reputation for excellence in cross country was established by Homer Martinez during his junior and senior years, when he finished second at the State Cross Country Meet. Mr. Martinez went on to undergraduate studies at Texas A&I Kingsville, where he set the two-, three- and six-mile school marks and was part of the track team awarded titles by the Lone Star Conference. He has coached cross country and track and field at numerous San Antonio public schools, Cooper Middle, Burbank High, and Edinburgh North High most recently. Honors that Mr. Martinez has received include induction into the Latin-American International Hall of Fame, the Texas A&I University Hall of Fame and the Rio Grande Valley Sports Hall of Fame. 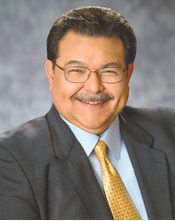 PUBLIC SERVICE
Alexander E. Briseño We Built this City on Heart & Soul
In 1977, Alexander Briseño joined city government as an Assistant to the City Manager and by April 1990 had been promoted to City Manager. As CEO of the City of San Antonio for almost 11 years, he oversaw an annual budget of $1.2 billion. Mr. Briseño managed a full-service municipal government and supervised the activities of 12,000 employees in all City departments. Since retiring in 2011, he has taught graduate courses in Public Administration at St. Mary’s University, and served as the Interim President of the San Antonio Hispanic Chamber of Commerce, Interim President/CEO of the San Antonio Water System, Interim Executive Director of the Brooks Development Authority, and touched lives through many other governmental associations. 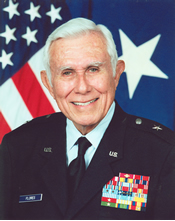 MILITARY
Brig. Gen. Belisario J. Flores From Korea to the Stars: First Texas Hispanic General
He was promoted to Brigadier General in 1974, the first Texas Hispanic to be accorded this Air Force rank. During the Korean conflict, Brig. Gen. (Retired) Belisario J. Flores saw nine months of Army combat action. Honorably discharged in 1953 with the rank of Lieutenant, he returned to civilian life but joined the Army Reserves. He transferred in 1959 to the Air Force Reserves to accept a technical position as Comptroller for the 149th Tactical Fighter Wing of the Texas Air National Guard. In 1971, Governor Preston Smith appointed him — by then ranked Lt. Colonel Flores — to the position of Assistant Adjutant General of the Texas Air National Guard. Flores served four governors during his 15-year tenure as Commander of the Texas Air National Guard before retiring in 1986. 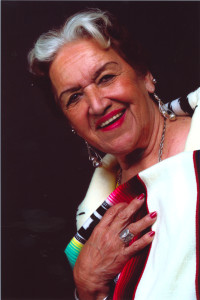 ARTS & ENTERTAINMENT
Rita Vidaurri A Lark Celebrating the Westside
Singing with Las Tesoros del Westside is only the most recent project of San Antonio-born singer Rita Vidaurri. From the mid-’40s to the late ’50s, “La Calandria” – so nicknamed by singer/songwriter Lorenzo Barcelata at El Teatro Nacional – was one of Mexico’s biggest ranchera stars. At age 14, she recorded her first 78 RPM single “Almo Angelina.” In her 20s, she toured Central and South America, Cuba, and parts of the United States as far north as New York City, in support of 40 Norteno International Records single releases. In 1957 Ms. Vidaurri became the poster celebrity for Jax Beer. She has been inducted in the National Hispanic Music Hall of Fame and celebrated in the Texas Music Museum. 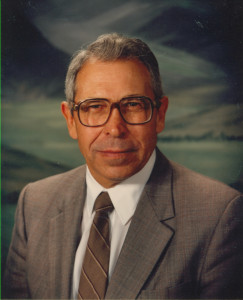 SPECIAL RECOGNITION
Pete Ragus A Winning Team for All Students
The Corpus Christi Independent School District named the new gymnasium at Miller High School after Pete Ragus. He’s the coach who, in 1960, led their football Buccaneers to a state UIL championship, the first integrated team to win a state title in the sport. The Lubbock ISD also has a sports facility named the Pete Ragus Aquatic Center, in tribute to its retired Athletic Director. While still in college, Mr. Ragus co-captained and played on the only football team at Abilene Christian College that was undefeated and untied in the school’s 100-year history. He also lettered and co-captained Abilene Christian’s track team.